Briefings for banks can be underwhelming, but this one was interestingly different. Fintro needed more than a campaign. With brand awareness at less than 4%, the whole banking network required repositioning.
Type of work:
Positioning Campaign
Agency:
Publicis Brussels
Client:
Fintro

This idea runs through the four stages of the campaign.

The campaign starts with a stunt. We collect a note at a local supermarket. A man, say Frank, offers guitar lessons. Behind his back, we’re going to boosts his business. An online film shows how his guitar lessons are promoted and eventually give rise to a pop-up guitar school. 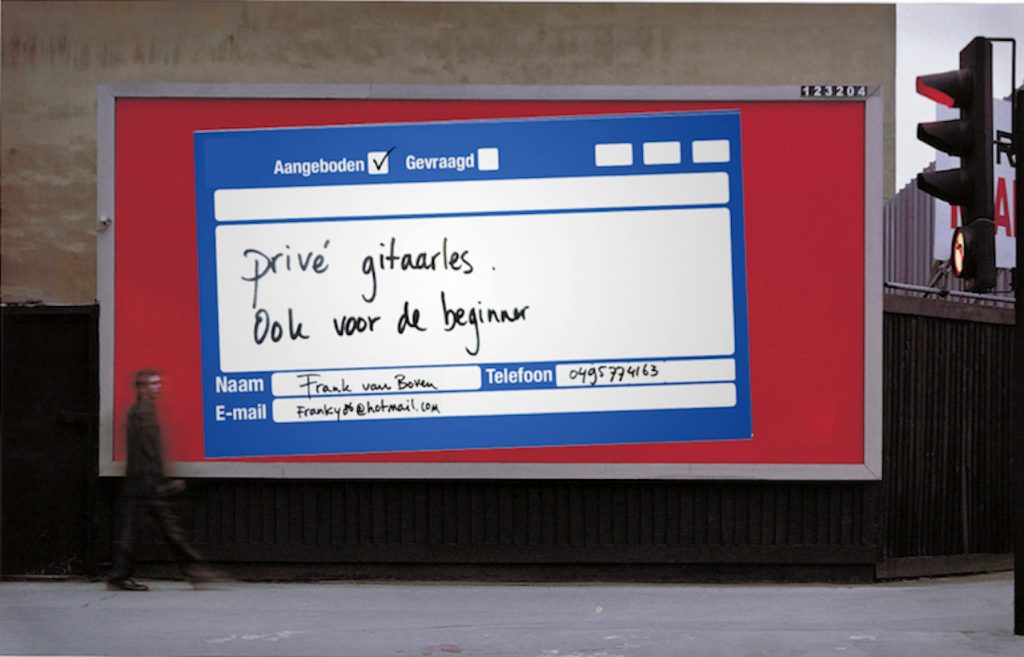 Frank’s ad is collected from a local supermarket.

The original ad is enlarged on billboards, posters and flyers.

A commercial runs on national radio.

Frank is filmed on candid camera. He watches the stunt on a laptop.

His Fintro agent walks into the room and shows him out.

Cue baseline: “So, what’s your plan?” 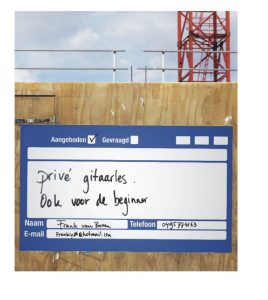 The second step enhances the image of Fintro as a facilitator and collects real life content. 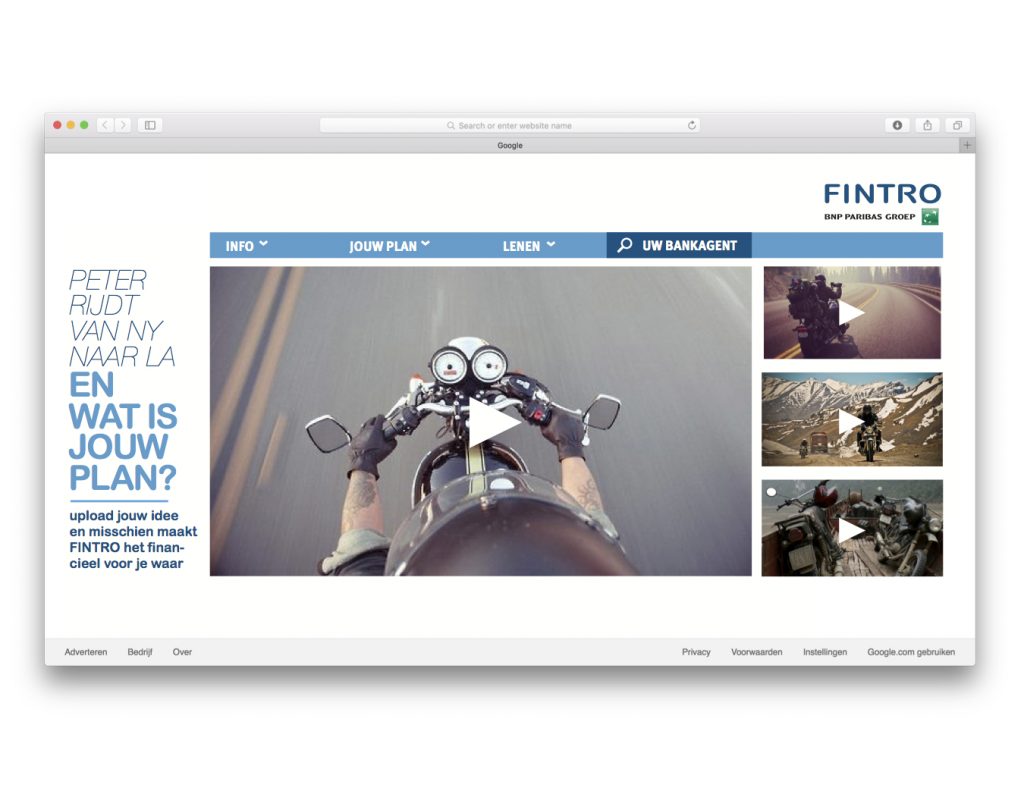 All communications lead to whatsyourplan.be, a real life content collector.

People are invited to share their plan online, the bank agents can select and support projects in their area. Short films show particular plans taking shape, financially and otherwise.

Fintro handpicks interesting clients and turns them into ambassadors for mortgages, car loans and other sorts of financing with extensive social coverage. 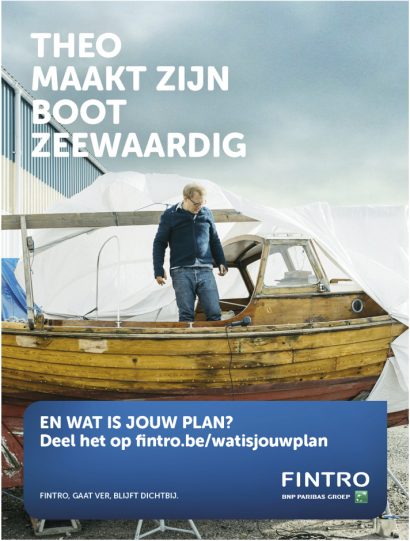 With the name of Fintro established and the webhub in place, the way is paved for many years of real life product campaigns.

We take car-financing stories from the webhub for example and use real life data to transform it into a truthful national product campaign. 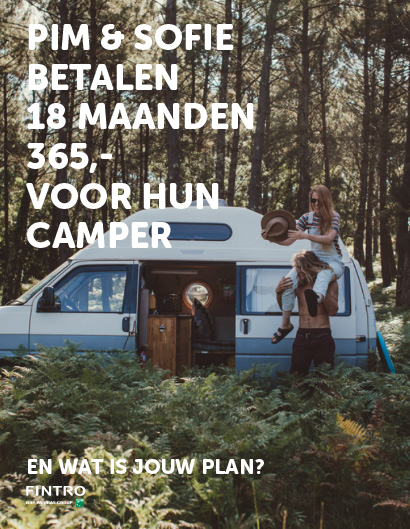